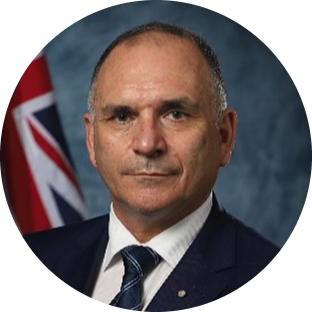 Joe is the Director-General of Emergency Management Australia (EMA). He has been with EMA since December 2016 and has held multiple roles within the organisation. As Director General, Joe is responsible for overseeing Australian Government Crisis Coordination Centre, Coordination of Australian Government Disaster Assistance (non-financial), Physical Security for Australian Holders of High Office, Major Events Security and Commonwealth Disaster Recovery funding.

Joe has more than 30 years’ experience in security and disaster management and has held a number of key senior positions.

Joe was recently deployed to Victoria to establish and lead the Victorian Aged Care Response Centre to coordinate the response to COVID outbreaks in the Aged Care sector. Joe led the centre for 3 months until the situation was stabilised and transitioned to recovery. 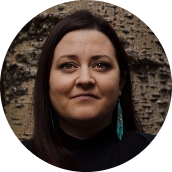 Amy Cardinal Christianson is a Métis woman from the Cardinal/Laboucane families of Treaty 6/8 territory in what is now known as Canada. She is an Indigenous Fire Specialist with Parks Canada, where her research program focuses on Indigenous fire stewardship, wildfire evacuations, and wildfire mitigation. 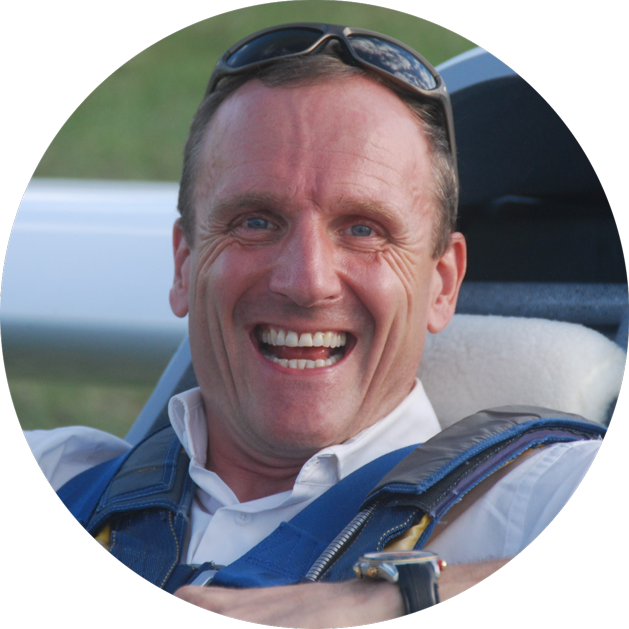 Sidney Dekker (PhD Ohio State University, USA, 1996) is Professor and Director of the Safety Science Innovation Lab at Griffith University in Brisbane, Australia, and Professor at the Faculty of Aerospace Engineering at Delft University in the Netherlands.

Sidney has lived and worked in seven countries across four continents and won worldwide acclaim for his ground-breaking work in human factors and safety.

He coined the term ‘Safety Differently’ in 2012, which has since turned into a global movement for change. It encourages organizations to declutter their bureaucracy and provide people freedom-in-a-frame to make things go well—and to offer compassion, restoration and learning when they don’t.

An avid piano player and pilot, he has been flying the Boeing 737 for an airline on the side. 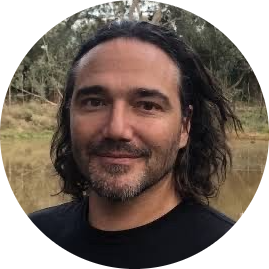 Associate Professor, The University of Melbourne

Associate Professor Michael-Shawn Fletcher is a descendant of the Wiradjuri and a geographer interested in the long-term interactions between humans, climate, disturbance, vegetation and landscapes in the southern hemisphere. Michael’s research group focusses on understanding how Southern Hemisphere landscapes evolve at scales ranging from tens to millions of years using microfossils stored in wetland sediments, along with tree-rings to understand long-term forest dynamics. Michael’s recent research has a particular emphasis on how Indigenous burning has shaped the Australian landscape and how Indigenous knowledge needs to be meaningfully incorporated into landscape management to tackle many of the environmental challenges we face today. He is Director of Research Capability at the Indigenous Knowledge Institute, a cross-faculty research institute at the University of Melbourne that aims to advance research and education in Indigenous knowledge systems. Michael is also Associate Dean (Indigenous) in the Faculty of Science at the University of Melbourne, and a former panel member of the Australian Research Council College of Experts. 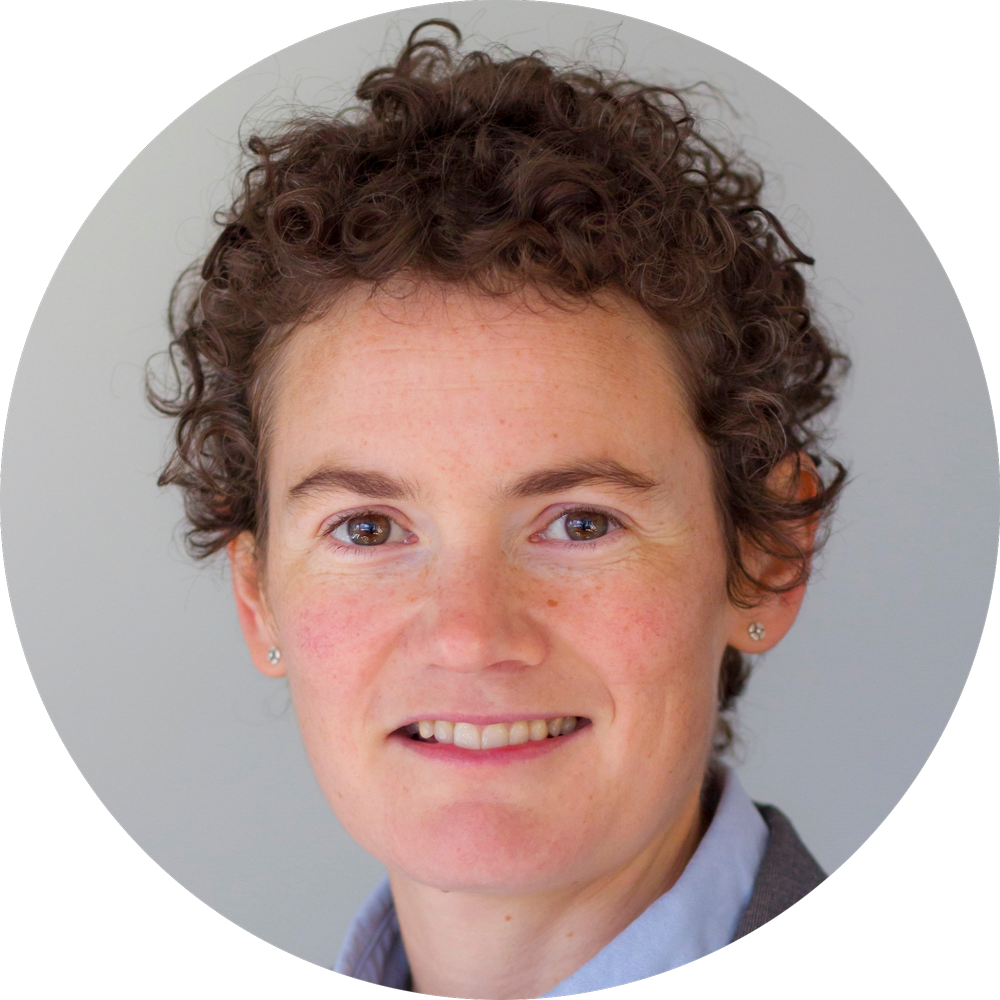 ACT Commissioner for Sustainability and the Environment

Dr Sophie Lewis
ACT Commissioner for Sustainability and the Environment

Previously Dr Lewis was a climate scientist at the University of NSW. Dr Lewis was named 2019 ACT Scientist of the Year in recognition of her research, particularly on weather extremes and how climate change contributes to events such as bushfires and droughts. Her work has demonstrated the link between changes in heat and fire weather, and climate change.

Over the period of 2018-2021, she served as a Lead Author on the Intergovernmental Panel on Climate Change’s (IPCC) 6th Assessment Report. Dr Lewis contributed as an expert to the chapter on weather and climate extremes in a changing climate. This report provides information to governments for international decision-making on climate change. 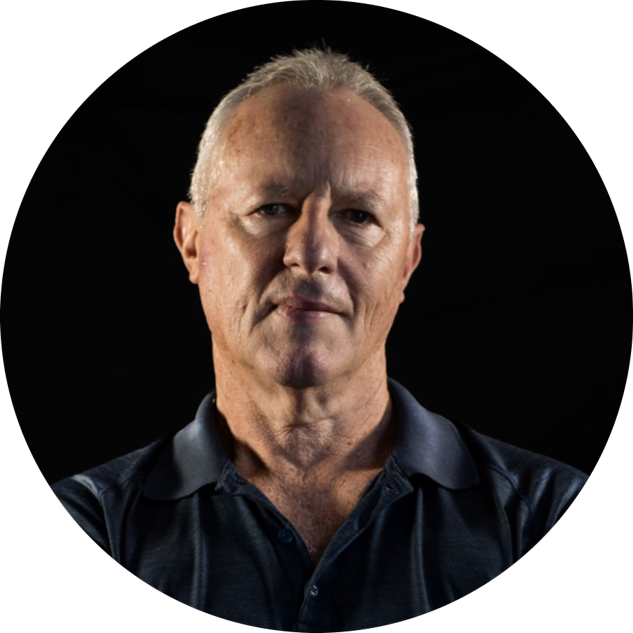 In 2017 Greg Mullins retired as Commissioner of one of the world’s largest urban fire services, Fire & Rescue NSW, following a 39-year career. During his total of 50 years fighting fires, he studied bushfire control in France, Spain, Canada and the USA, completed the Executive Fire Officer Program at the US National Fire Academy, served as President and Board Chair of the peak council for fire and emergency services in Australia and New Zealand, AFAC, was the Australian Director of the International Fire Chiefs’ Association of Asia, represented Australia at the UN’s International Search and Rescue Advisory Group, was Deputy Chair and acting Chair of the State Emergency Management Committee, and coordinated many major bushfire fighting operations affecting urban / bushland interface areas. In 2018 he was appointed to Australia’s Climate Council, and actively campaigned for urgent action on greenhouse gas emissions reduction.

On retirement he rejoined the rural fire brigade where he had started fighting fires as a volunteer in 1972 and fought fires throughout NSW during Black Summer 2019 – 2020. In early 2019, concerned about the trend of hotter, drier weather and longer, more destructive bushfire seasons, he formed Emergency Leaders for Climate Action (ELCA), a coalition of 35 former fire and emergency services chiefs from every state and territory. They warned the Australian Government of an impending bushfire disaster, drew attention to the impacts of climate change, and highlighted the need for more Federal support to state and territory firefighting and land management agencies.

He wrote detailed submissions to the bushfire Royal Commission and state bushfire inquiries based on the clear science of worsening extreme weather and natural disasters driven by climate change. He is the author of Firestorm. Battling super-charged natural disasters. 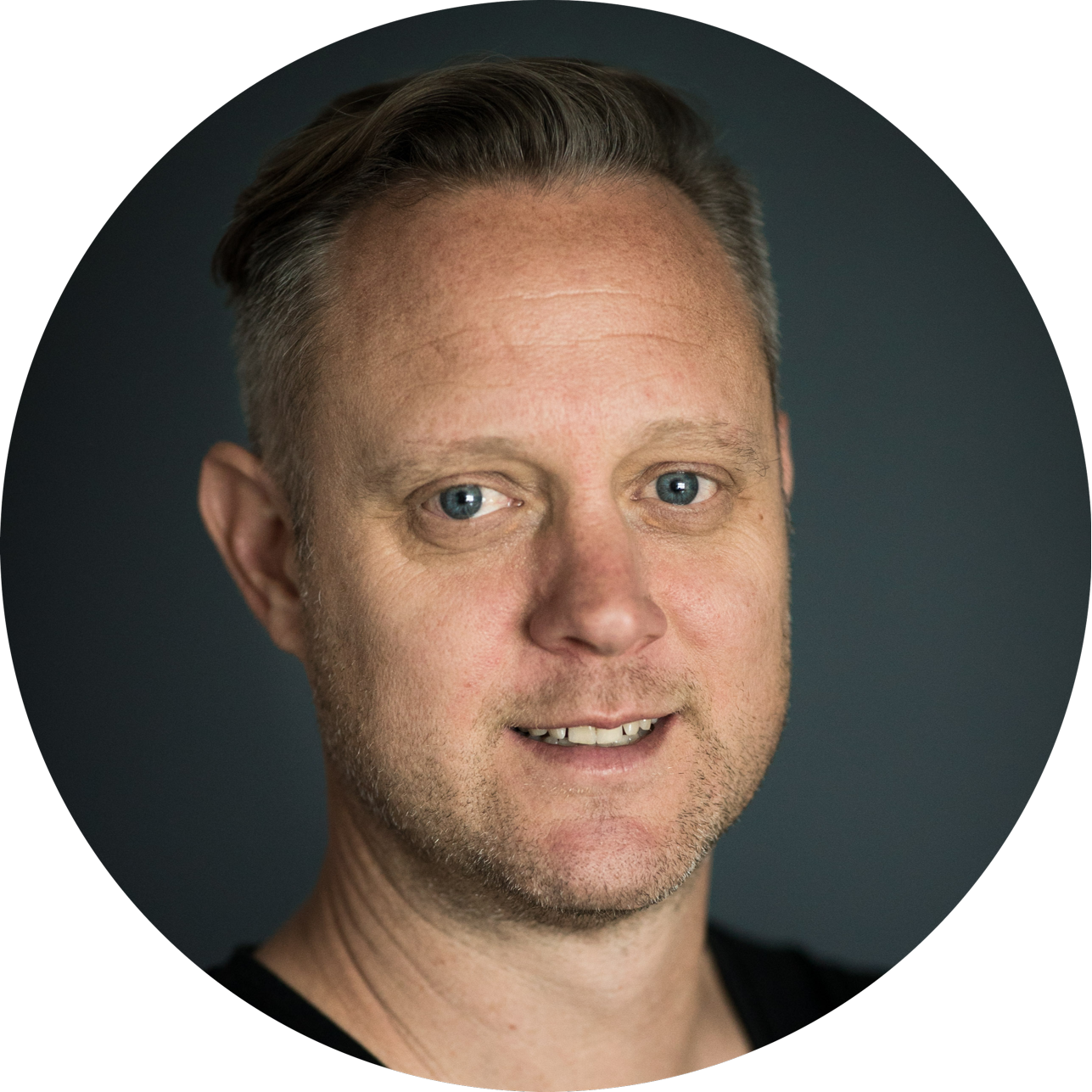 Stephen is passionate about telling stories with real world impact. As Manager of Documentaries at the ABC, Stephen oversees some of the national broadcaster’s biggest hits including Fight for Planet A, Big Weather, Love on the Spectrum, Australia’s Ocean Odyssey,  Revelation, War on Waste, Employable Me, The Cult of the Family, Don’t Stop the Music and Exposed: The Case of Keli Lane. Before joining the ABC, Stephen was an award-winning filmmaker, making both comedic docs including “Chateau Chunder – A Wine Revolution” and “Stop Laughing, this is Serious” on the history of comedy in Australia, as well as hard hitting campaigning series like “What’s the Catch”, “For the Love of Meat” and “How to Save the World”. Stephen has brought that program-making and impact campaign experience to the ABC with great success. In 2020 he headed up a suite of ground-breaking climate-themed series and game-changing associated impact campaigns including Australia’s Ocean Odyssey on the interconnectedness of species, Fight for Planet A: Our Climate Challenge on how we can all help reduce our carbon emissions, Big Weather (and how to survive it) on how to survive and thrive in a time of increasing extreme weather events and the ambitious Reef Live which broadcast the incredible annual coral spawning live from the Great Barrier Reef.  He recently oversaw journalist Sarah Ferguson’s explosive investigation of abuse in the Catholic church in Revelation, as well as meaningful factual entertainment like Love on the Spectrum. 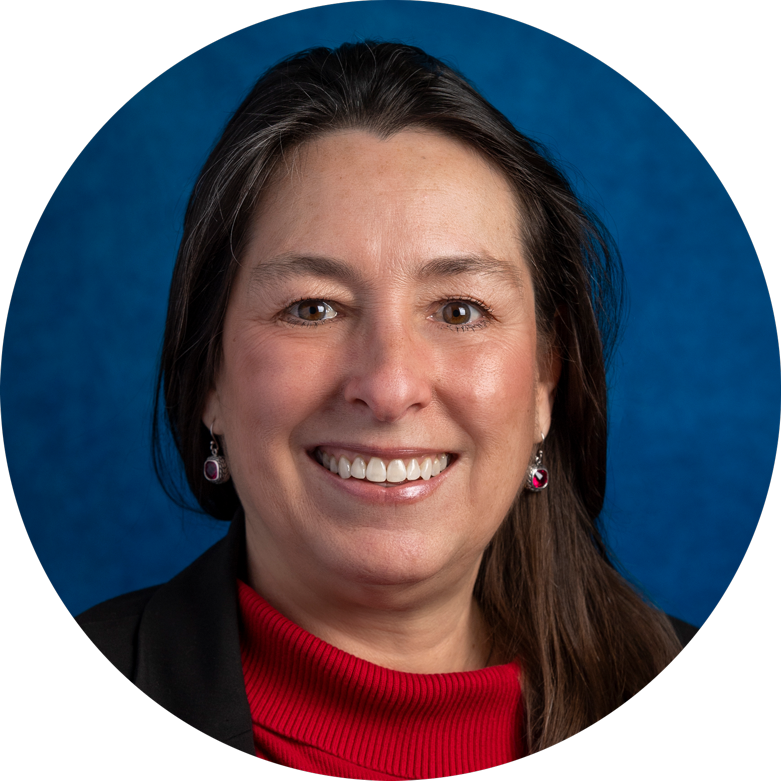 Dr Soja is currently a Research Fellow at the National Institute of Aerospace and is resident in the Climate Science and Chemistry and Dynamics Branches of Atmospheric Sciences at the NASA Langley Research Center, where she has served since 1997.

With over 25 years of research experience in using satellite and GIS data to explore the dynamic interactions between fire, ecosystems, and the atmosphere, Dr Soja is able to offer real insight into global effects as our weather and climate change. She has taken part in and led numerous interdisciplinary, national, and international field campaigns that investigated satellite-defined fire behavior and emissions, and the feedbacks between fire, fuels, weather, and climate, the majority of these in remote Siberia.

Dr Soja is one of the leading experts and has authored core papers comprising the research front in Boreal Forest Fires and Climate Change. Recently, her work on the massive fires that burned in the Republic of Sakha, Siberia in 2021, was featured in National Geographic and Capital Weather Gang and reached over 78 million people.

Amber has an affinity towards making NASA data and science into ‘usable’ information as demonstrated in her work with the Environmental Protection Agency to incorporate multiple satellite platforms in United States biomass burning National Emissions Inventory, and her contributions to the co-managed NASA Applied Sciences/Wildland Fire Program that led to the applicable use of data in the US Forest Service, US Geologic Survey, Universities, and non-profit international organizations.

Recently, Amber served as a member of the Aerosol, Clouds, Climate and Precipitation study team that led to the upcoming NASA Atmospheric Observing System mission, due to launch around 2028–2030. 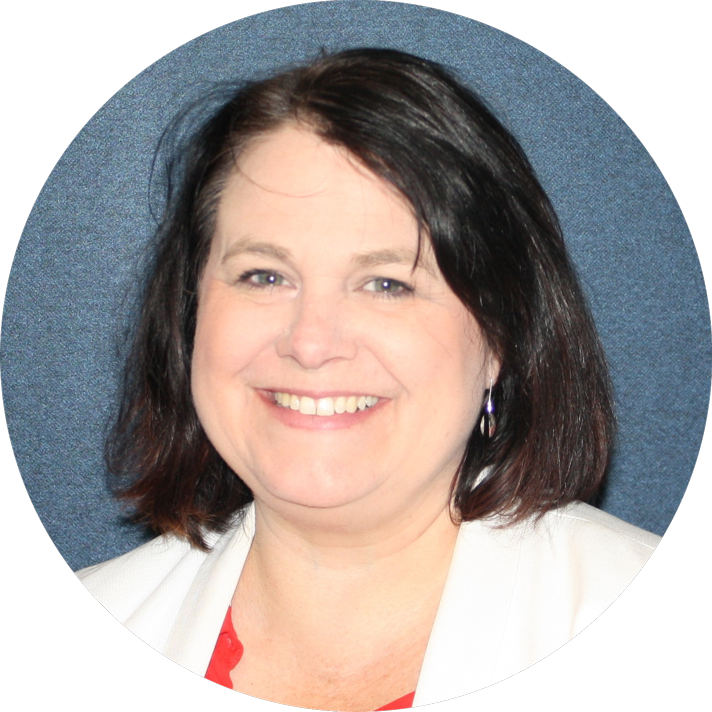 Vicki started as the lead of the new Australian Climate Service in October 2021. The Australian Climate Service aims to help better understand the threats posed by a changing climate and natural hazards, to limit the impacts now and in the future. It is a partnership between the Bureau of Meteorology, Geoscience Australia, CSIRO and the Australian Bureau of Statistics bringing the Commonwealth’s extensive climate and natural hazard information and capabilities into a single national view.

Vicki has had a distinguished track record of leadership in both the public and private sector. Her work has focused on improving resilience and profitability in Australian industries, communities and natural resources. Vicki was previously part of the executive leadership team at the Murray-Darling Basin Authority (MDBA). She was instrumental in implementing complex water reforms and transforming its engagement, science and policy functions. Before joining MDBA, Vicki held technical and leadership roles with the Rural Industries Research and Development Corporation, private sector consulting businesses and the Australian Government’s Department of Agriculture, Fisheries and Forestry. In these roles she led a range of cross-sector partnerships. These were in the areas of soils, climate change, rural policy, agricultural extension, digital innovation, and primary industry health and safety. Vicki has a Bachelors degree in Applied Science from the Australian National University.

*further speakers will be added to this page once confirmed.